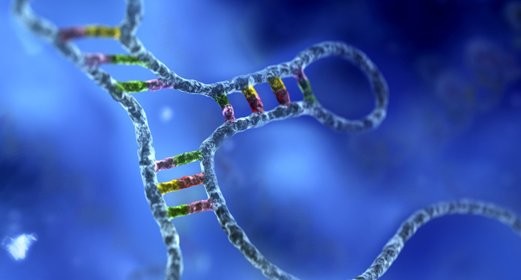 Gene post-transcriptional regulation has been one of the most extensively studying approaches towards elucidating tumor molecular pathology. The expression of genes is regulated by multiple mechanisms. However, the majority are believed to be tightly regulated by microRNAs (miRNAs). MiRNAs represent a class of interesting discoveries that revolutionized our understanding of cancer biology. The stability of microRNAs in serum and plasma makes them one of the most promising blood-based cancer biomarkers   (Patrick S. Mitchell. et al. PNAS 2008) that can be useful in diagnosis or prognosis or even in therapy.!

This young-aged microRNA science has pulled out great attention through its fascinating regulation mechanisms of many oncogenes or tumor suppressor genes. Around 2588 microRNAs have been identified to late of 2014, where only about 600 microRNAs have been functionally characterized and experimentally validated in the human genome up to date (Natália Bertoni et al. BMC medical genetics 2016).  The main regulation mechanism that is widely accepted is the negative regulation by which microRNA exerts its function on its respective targets while positive regulation was only demonstrated through indirect regulation of microRNA target; however, an emerging line of evidence suggests and supports an interesting positive direct microRNA-target regulation.   In this mini-review, I will discuss the new findings of the direct positive post-transcriptional MicroRNAs-target regulation in cancer.

To gain a better understanding of direct positive mRNAs regulation by microRNAs we need first to look at the traditional role of microRNAs and the key players involved in such process.

Biogenesis and function of microRNA

MicroRNA is transcribed in the nucleus mainly by Polymerase II and to a lower extent by Polymerase III mainly but not exclusively from the intronic non-coding region of the gene in a hairpin-like structure called primary microRNA. The primary microRNA is then cleaved by Drosha and DGCRB proteins leaving double-stranded microRNA called precursor microRNA. The precursor microRNA is then exported to the cytoplasm via Exportin 5 protein.

The role of microRNA

In the cytoplasm, the precursor microRNA is cleaved into two main parts, the guide and the strand part. The former is then binds to a complex protein called RNA inducing silencing complex RISC by which Ago2 protein, the core catalytic component of RISC, mediates the interaction between mRNA target and microRNA and initiate repression or degradation process. Based mainly on the sequence base-pair complementary, the mode of negative regulation can be then determined. For example, complete base-pair matching between the seeding region of the microRNA and its target leads to full mRNA degradation by either decapping or deadenylation through recruiting GW182 or other RNA binding proteins such as TTP, TIA1, and TRBP which facilitate the degradation process. the other mode is actually quite less intensive on the mRNA and usually achieved by incomplete base-pare matching at the seeding region. This recruiting process seems by far poorly understood. However, recent data suggest that different cellular conditions and presence of specific co-factors can actually be the stone angle or even a new insight that could remodel our understanding of how miRNAs can directly bind their targets and extraordinarily regulate them positively (Vasudevan, wrna.121. Wiley. Interdiscip. Rev. RNA. 2012). In this mini-review, I will discuss one of the most important positive regulation determinants that is linked tightly to most types of cancers and why it is important for miRNAs to exert such role in this specific cellular condition.

An impressive work lead by Vasudevan et al. showed that placing target sites of synthetic miR-cxcr4 and let-7 targets in the 3´-UTR of a reporter gene in serum-starved HeLa and HEK293 cells increased translation activation ( Richard D. Mortensen et al. Proc Natl Acad Sci U S A. 2011). Similar pieces of evidence reported that miRNAs can activate the translation of their target when cell enter the quiescent phase, also refers to G0 phase, in cell cycle arrest conditions such as cell high confluence or serum starvation. Interestingly, increase translation of TNFα by miR-369-3 was documented on serum-starved HEK293 cells upon direct binding of miR-369-3 to AU-rich elements (AREs), AUUUA and AUUA motif in 3´-UTR TNFα mRNA thereby shifting miR-369-3 regulatory role ( Vasudevan S et al. Science. 2007) into the active translation of TNFα mRNA.  This growing line of investigations indicated that the presence of AU- rich elements, AREs, in the 3´-UTR of some mRNAs under specific cellular conditions such as serum starvation could act as a stabilizing or destabilizing factor that activates translation or stabilize mRNA by increasing its half-life or degrades mRNAs depending on AREs binding to either microRNAs or RNA binding proteins under serum starvation conditions.

So, what happens in serum starvation conditions and how it is clinically relevant?

Well, to start with, we need to understand the bio-nature behavior of cancer once initiated whether as a primary tumor or secondary metastasis. In either one, cancer undergoes stress conditions such as the hypoxic state where the access to O2, blood, and nutrition is very limited and therefore cancer needs a specific type of adaptation to this new environment to survive. The lack of some essential growth factors at the initial stage drives cancer to establish its own machinery to produce different growth factors and the necessary molecules required to hold cancer for a specific period to grow its own network and utilize the surrounding microenvironment for its benefits. The most interesting findings that cancer at this stage undergoes what so-called a quiescent phase, commonly called also G0 phase. Cancer cells quit their own regular cell cycle and stay in G0 phase to escape from harsh conditions (S.S. Truesdell. et al, scientific reports 2012). At that time, cancer RNA machinery including microRNAs has totally different regulatory profiles than those seen in normal happy proliferating cancer cells. In other words, cancer cells which are at G0 phase exhibit different gene-protein expression/regulation profile than those who are running through the regular cell cycle phases, which enable cancer to upregulates or downregulates specific genes required to maintain cancer and develop alternatives to survive. One example shown in the figure above illustrates unpublished data from conference in press which also consistent with other interesting published evidences showed that miRNA can actually bind specific sequence at the 3-UTR of mRNA known as AREs and according to this specific cellular condition (upon serum starvation i.e: one way to arrest cells in G0 phase), AREs shift the negative regulation of the target mRNA towards more complicated positive active translation. One reason is due to competition between microRNA and RNA binding proteins for instance TTP in AREs binding or facilitating other RNA binding proteins such as Hur to bind AREs. In the former case TTP along with GW182 contributes to the translation inhibition of mRNA. Ago2, the silencing machinery of RISC complex also provides another means of mRNA inhibition while the second scenario is usually miRNA mediated-increased translation could be related to increase mRNA stability by Hur protein and thereby stopping Ago2 activity and contributes to GW182 disassembly from the complex leading to repression relief and activate translation or storing mRNAs in P bodies pool where they either stay for a while and then degraded or passing them to the cytoplasm by active translation.

It is, therefore, a new tremendously effective strategy to target cancer cells by microRNAs inhibitors if we only catch cancer at early stages if we are talking about therapy and what I mean by early stage is not only before metastasis, but also if we get to know some clues about size and early histological grades signs of the tumor. This could give an insight into malignancy behavior and how well the tumor has established its network with respect to the adjacent tissues and microenvironment.